Against the Decrees of Caesar – Acts 17:1-9 – Wednesday Night in the Word

Against the Decrees of Caesar – Acts 17:1-9 – Wednesday Night in the Word 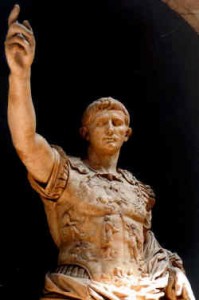 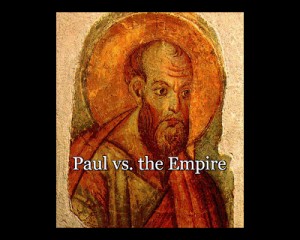 Paul and Silas leave Philippi and travel through several cities, finally arriving at Thessalonica.  Paul realizes there is a synagogue there, so he goes in and preaches the gospel to the Jews and other God fearing Gentiles for three Sabbaths.

During his time he “reasons with them from the Scriptures, 3 explaining and proving that it was necessary for the Christ to suffer and to rise from the dead, and saying, “This Jesus, whom I proclaim to you, is the Christ.”

After Paul’s exposition of the Old Testament Scriptures, the synagogue erupts in a predictable way…rejection by some…conversion by some.  The unbelieving Jews become jealous and provoke some local “loiterers in the market place” to stir up mob violence against Paul and Silas’ followers.

Paul’s followers, Jason, and the other brothers, are accused of “teaching against the decrees of Caesar.” The mob goes to Jason’s home and drags them out before the magistrates and made to produce extortion money while Paul and Silas leave the area under threat of arrest.  Could our America be headed down the same path?

Come tonight as we walk through the Scriptures together and try our best to prepare ourselves for what is coming and already here, in our own culture, very soon.