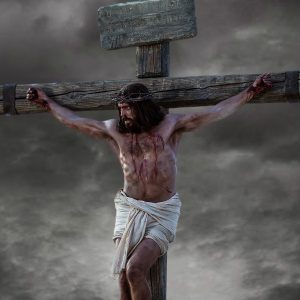 AM Worship@Woodland, John 19:16-30, The Crucifixion of Christ

AM Worship@Woodland, John 19:16-30, The Crucifixion of Christ 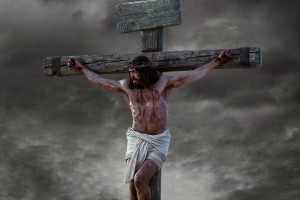 So they took Jesus, 17 and he went out, bearing his own cross, to the place called The Place of a Skull, which in Aramaic is called Golgotha. 18 There they crucified him, and with him two others, one on either side, and Jesus between them. 19 Pilate also wrote an inscription and put it on the cross. It read, “Jesus of Nazareth, the King of the Jews.” 20 Many of the Jews read this inscription, for the place where Jesus was crucified was near the city, and it was written in Aramaic, in Latin, and in Greek. 21 So the chief priests of the Jews said to Pilate, “Do not write, ‘The King of the Jews,’ but rather, ‘This man said, I am King of the Jews.’” 22 Pilate answered, “What I have written I have written.”