Woodland Baptist will be at Caledonia Day, Saturday, October 20th!

Woodland Baptist will be at Caledonia Day, Saturday, October 20th!

Woodland Baptist Church will have a booth at Caledonia day staffed with various church members and staff throughout the day.  We will be selling popcorn, biscuits and cotton candy and giving away complimentary Bibles, coffee and water along with grab bags full of novelty items.  There will also be a drawing for hand made gardening benches made by Bob Elder that may be registered for at the booth. 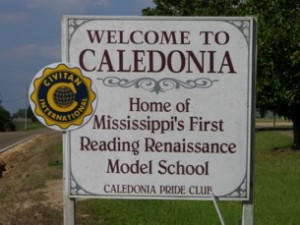 This will be the ninth annual caledonia day and there is an article below to explain what exactly Caledonia Day is.

Sometimes, you don’t know what you’ve got till you’re gone.

Duane Perkins grew up in Caledonia, and now, with the ninth annual Caledonia Day rapidly approaching, he’s busily working with the festival committee, making sure the Oct. 19-20 event goes off without a hitch.

What started out in 2004 as the town’s centennial anniversary party has blossomed over time, expanding to two days and several thousand attendees.

Perkins missed it last year and the year before that while living in Atlanta, but now he’s moved back home and is looking forward to an event he says just keeps getting bigger and better.

Despite the cliché, he says growing up in 1970s Caledonia was very much like living in the idyllic, fictional town of Mayberry popularized by the long-running television sitcom, “The Andy Griffith Show.”

“It was just the most safe, secure, peaceful place,” Perkins says. “It was friendly, everyone knew everyone, there was no crime. When I was a kid, we would roam all over the place and our parents didn’t worry about where we were.”

In many ways, Caledonia is still like that, he says. That’s why even though he moved to Columbus for a while, when his children reached school-age, the family returned to Caledonia.

The town has that lure, he says. Even when he was living elsewhere, he has such a strong affection for his alma mater, Caledonia High School, that he has only missed one alumni banquet in the past 30 years.

And those banquets? They date back to the graduating class of 1910, which boasted four women. The home economics class that year held a dinner for the graduating seniors, and a multi-generational tradition was born.

Now, Perkins lives just a few miles from many of his old classmates, and life in Caledonia is still as peaceful as he remembers.

“The roots just run really deep,” he says. “There’s a bond between people here. Everybody’s genuine and they really care and try to be good neighbors and have a nice community.”

This will be the second year the festival has spanned two days, kicking off with live music from Big Ben Atkins and Cole Cole Heart Oct. 19 at 7 p.m. in Ola J. Pickett Park. There will be fireworks by Midsouth Fireworks during the band’s break.

Saturday events will include lawnmower races, a pet parade, a bow shoot, a 5K fun run and a new event, a “dice run.”

The dice run, aimed at drawing motorcycle clubs from across the region, will pit cyclists against one another as they travel to three sites, stopping to roll dice at Dwayne Hayes Recreation Center, Lake Lowndes State Park and Lamar County Lake. Prizes will be awarded.

Perkins says organizers hope that, after the race, the cyclists will return to their parking spaces at Caledonia High School and then venture down to the festivities to eat and shop with vendors.

There will be a Saturday afternoon band, Cash Box, as well as antique tractors and classic cars on display and a special children’s area. Perkins says 80 vendors have already registered, with more variety each year.

But the free, family-friendly affair remains true to its origins as the town’s birthday party, with a bit of extra nostalgia this year.

While rummaging through some of his mother’s things, Perkins found an old 1930s “Welcome to Caledonia” postcard featuring a farmer painting a sign as the sun sets over the countryside. Perkins liked the postcard so much, he brought it to the festival committee and they decided to use it as the design for this year’s T-shirts.

Perkins says as the years pass and times change, Caledonia remains a good place to raise a family and build a life.

“It’s just that feeling of community and friendship and family and pride,” he says. “Even though we have our share of squabbling, it’s still an awesome place to live.”

For more information about Caledonia Day, or to reserve a vendor booth, call Caledonia Town Hall at 662-356-4117
Read more: http://www.cdispatch.com/news/article.asp?aid=19310#ixzz29fNB9kvj